Habitat of our cattle in the Northern Netherlands

Home / Our company / Habitat of cattle

We work with a select number of farmers who let their livestock walk for nature grazing in nature reserves in the Northern Netherlands. After a beautiful and natural life, they are selected for slaughter and they find their way to our butcher shop. This is where Léon and his team make the most beautiful and tastiest products that are sent throughout the Netherlands and Belgium.

The cattle run in nature reserves in the Northern Netherlands, Ruinerwold, Mantingerveld, Het Reestdal and along the Vecht.

Do you want to know where the cattle have run? From now on this is possible because we will print the life numbers on the packaging and also mention them on this page. With this life number or batch number, the RVO app can see where the animal comes from, how old it has become and whether it was a male or female animal.

If you don't have the App yet, you can download it below.

Download the I&R animals app in the App Store or via Google play.

Do you not have a smartphone and still want to know where the beef ran from which you bought a piece of meat? Then look up the number at the nature farmers below.

André spends most of the year walking his animals in the Reestdal. Because it is not possible in the winter, the animals go into the stable and they receive the grass that André harvested from the land in the summer. André is in contact with the farmers and has an important function at De Woeste Grond. Because without André no animals! We have very high standards and it seems as if he can see inside the cow because he knows exactly what the animal is like and how to deal with it. André has Maine Anjou and Hereford cattle.

Berend Lodewijks Manages a large parcel of forest management in and around Mantinge. The Mantingerveld is grazed by over 300 Scottish Highlanders. If you drive from Emmen to Beilen you can spot them, but even though there are more than 300 walking, you still have to be lucky to see them.

René Jansen from Arriën Lets his Hereford cows graze on the banks of the Vecht. This beautiful area belongs to the Forestry Commission 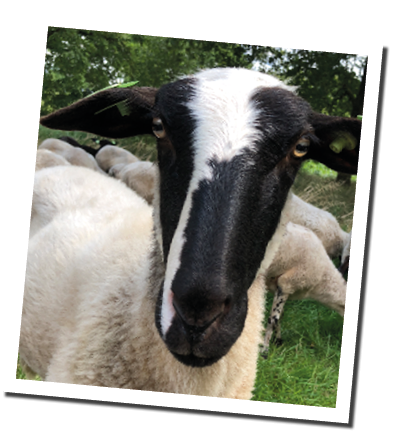